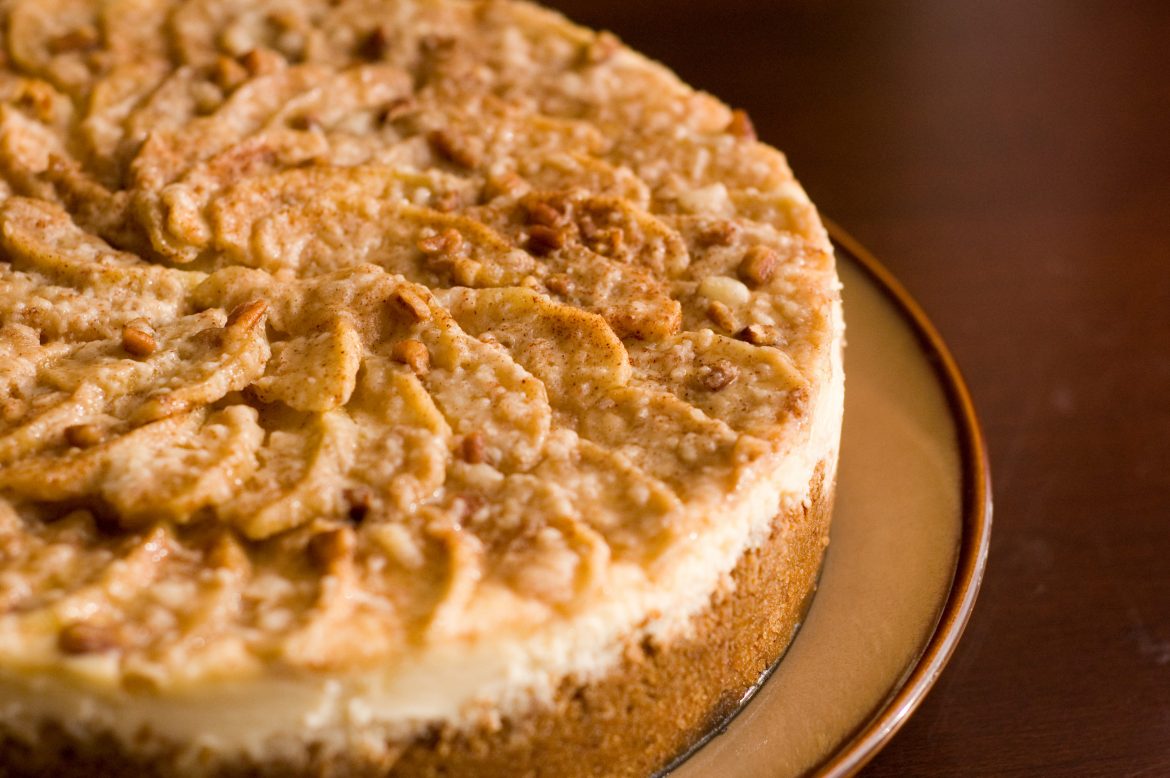 Step 3: Press the mixture in the bottom of a 9-inch springform pan.

Step 4: Bake in the preheated oven for about 10 minutes or until cooked through.

Step 5: Add half a cup of sugar with the cream cheese in a large mixing bowl. Beat at medium speed until smooth.

Step 6: Add in the eggs, a piece at a time, beating every after each addition until incorporated.

Step 7: Stir in the vanilla.

Step 8: Pour the mixture over the baked crust.

Step 9: Mix half a tsp of cinnamon and 1/3 cup sugar in a small mixing bowl until combined.

Step 10: Add in the sliced apples and evenly coat.

Step 11: Pour the apple mixture over the cream cheese and sprinkle with 1/4 cup of chopped pecans.

Step 13: Once done, remove from the oven onto a wire rack to cool.

Step 14: Remove the cake by running a knife on the sides of the pan.

Step 15: Chill in the fridge for at least 10 minutes before serving. Enjoy!