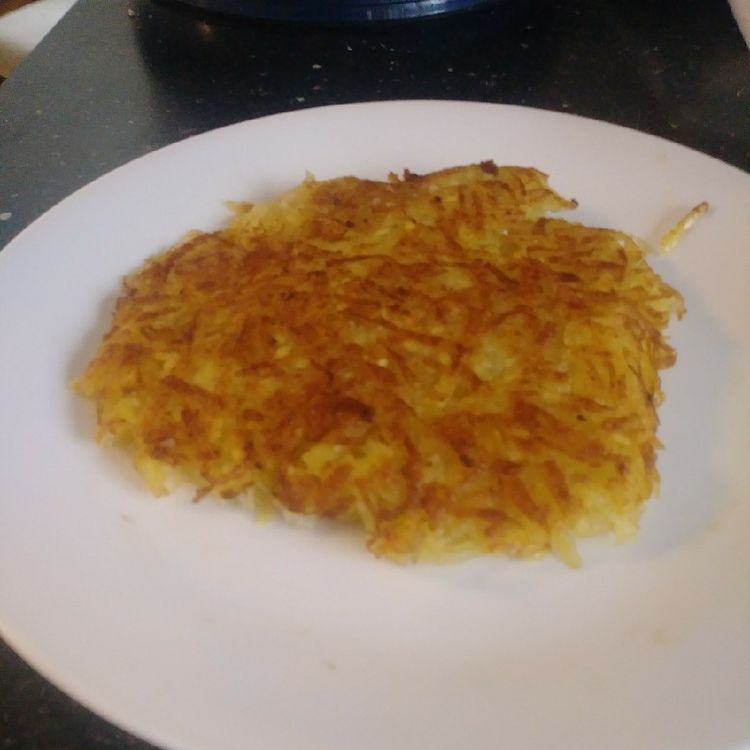 Have you ever wonder how some people can easily make extra crispy and perfectly browned Hash Browns? It is no magic, you simply have to make sure to squeeze as much moisture from the potatoes after grating.

I am a fan of hash browns. I love them so much that I never skip them for breakfast. And finding this amazing recipe helped me make the best hash browns!

How to make Crispy Hash Browns

Step 1: After peeling the potatoes, grate them using a grater with large holes.

Step 2: Make sure to squeeze out as much moisture from the grated potatoes. You can use a potato ricer or orange/lemon press to easily do this, keeping in mind not to use too much force but simply press out the excess moisture. Fill the ricer only halfway and working in batches. Alternately, you can wrap the raw grated potatoes in a clean kitchen tea towel, then squeeze out as much moisture. To make it more manageable, I suggest working in batches. Sturdy paper towels are also useful but they do not work well as the cloth or ricer.

Step 3: In a large frying pan, heat 3 tbsp oil over medium-high heat. Add the grated potatoes to the hot oil, evenly spreading to the bottom of the pan (approximately 1/4 to a 1/2-inch thick). On the potatoes, sprinkle some salt and pepper.

Step 4: Lift one edge of the potatoes after a couple of minutes to check. The potatoes are ready to flip once they turned golden brown using a large metal spatula or two spatulas. Alternately, you can divide the entire potato cake into halves or quarters before flipping instead of flipping it as a whole. Cook further until the bottom is golden brown.