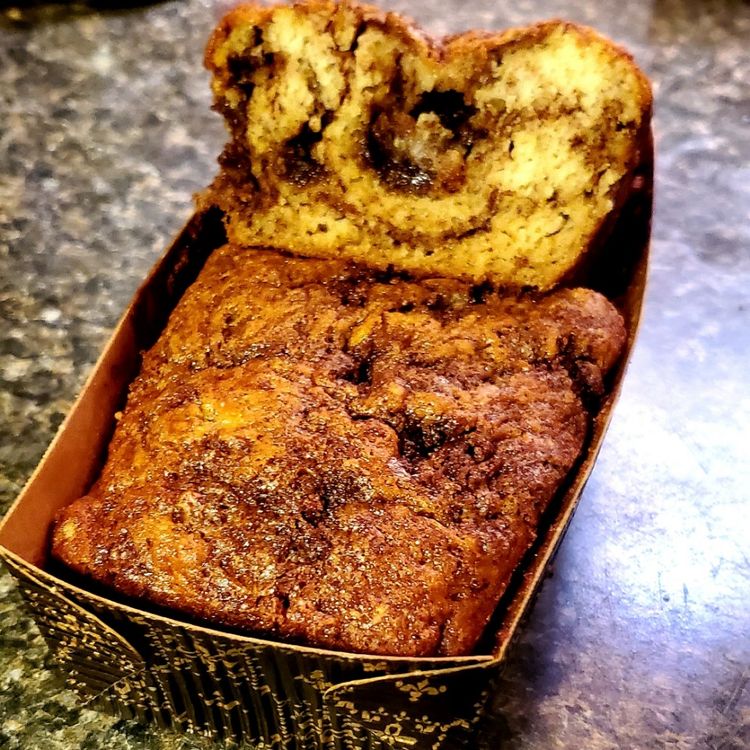 The world’s most delicious Cinnamon Swirled Banana Bread! It’s moist, sweet, and buttery. The swirls, crust, and the bread are undeniably delicious!

FOR THE CINNAMON SUGAR SWIRL:

Step 2: Melt the butter in a large bowl and let it cool for a bit. In the same bowl, whisk the sugar, eggs, and vanilla. Add the flour and baking soda and stir. Fold in the mashed bananas until just mixed.

Step 3: Stir the cinnamon sugar swirl ingredients in a small bowl with a fork until well-combined.

Step 5: Put the loaf pan on a baking sheet. Place inside the oven and bake for 60-70 minutes or until golden brown. Test the doneness by inserting a toothpick in the middle, once it comes out clean the bread is done. Don’t remove the bread yet from the pan, let it cool first for at least 30 minutes before transferring it to a wire rack to cool completely.