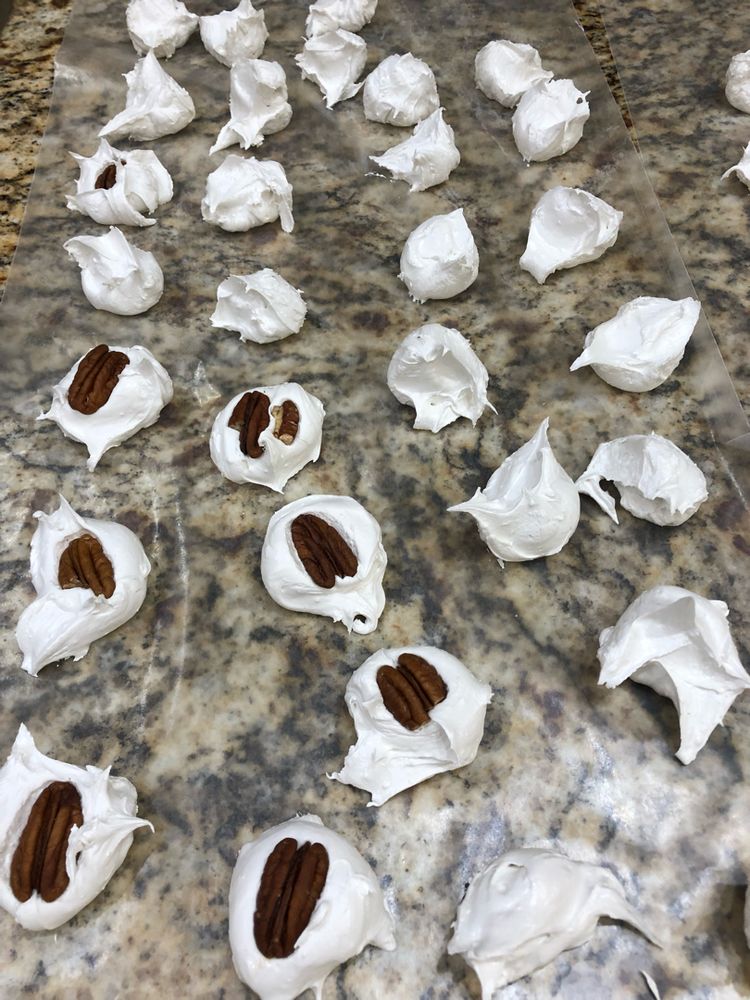 Tricky yet easy and quick. They say, don’t make divinity when the weather is extremely humid and that is how my grandma exactly said it.

How to make Grandma’s Divinity

Step 1: Add the egg whites in a mixing bowl. Allow sitting at room temperature for about 30 minutes.

Step 3: Combine the sugar, water, and corn syrup in a large heavy saucepan. Bring to a boil, stir constantly until the sugar is dissolved.

Step 4: Cook over medium heat and do not stir until you reached the hard-ball stage or the candy thermometer reads 252 degrees.

Step 6: Gradually add the hot sugar mixture in a light stream over the egg whites. Constantly beating and occasionally scraping the sides of the bowl. Then, stir in the vanilla.

Step 7: Continue beating for another 5 to 6 minutes until the candy holds its shape. But make sure to not overmix or the candy will be stiff and crumbly.

Step 8: Add in the pecans and quickly fold.

Step 9: On the prepared pans, immediately drop the mixture by heaping teaspoonfuls. And allow them to stand at room temperature until the candy is dry to the touch.

Step 10: Place in an airtight container between waxed paper at room temperature.

Before using the candy thermometer, I suggest testing it first. Bring water to a boil and put in the thermometer. It should read 212 degrees. Then, adjust the recipe temperature based on the result.